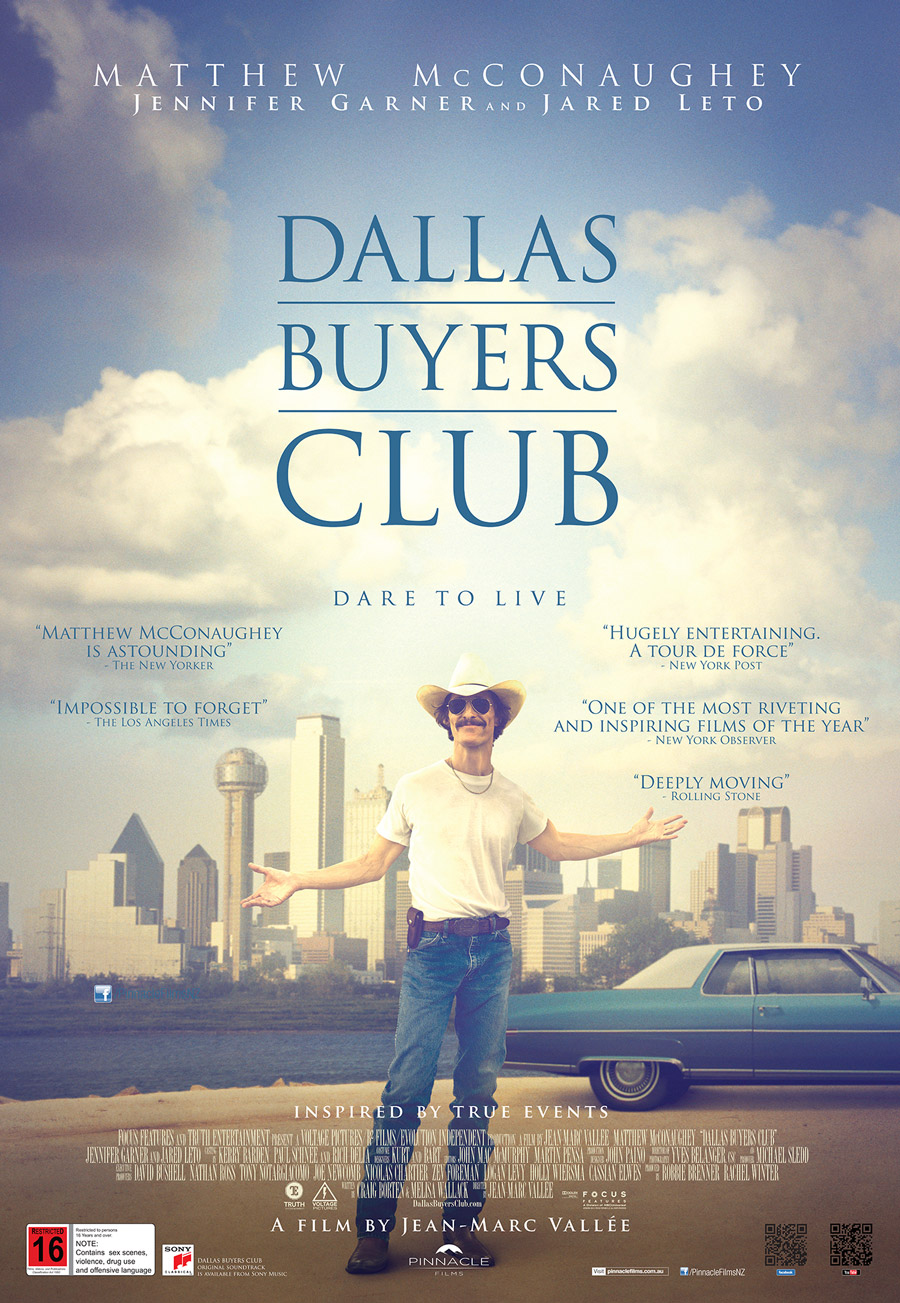 Starring Matthew McConaughey, Jennifer Garner, Jared Leto and Steve Zahn, Dallas Buyers Club is a 2013 biographical drama film directed by Jean-Marc Vallée. The film is based on the true-life tale of Ron Woodroof, who was the subject of a lengthy 1992 article in The Dallas Morning News written by journalist and author Bill Minutaglio. In 1985 Dallas, homophobic, drug addictedrodeo cowboy Ron Woodroof is diagnosed with AIDS and is given 30 days to live. He begins taking the Food and Drug Administration (FDA)-approved AZT, the only drug legally available in the U.S, which brings him to the brink of death. To survive, he smuggles anti-viral medications from all over the world, which were still unapproved and unavailable in the U.S. Other AIDS patients seek out his medications, foregoing hospitals, doctors, and AZT. With the help of his doctor, Eve Saks (Garner) and Rayon, a fellow patient, Ron creates the Dallas Buyers Club, one of the dozens which form around the country, providing its paying members with these alternative treatments.