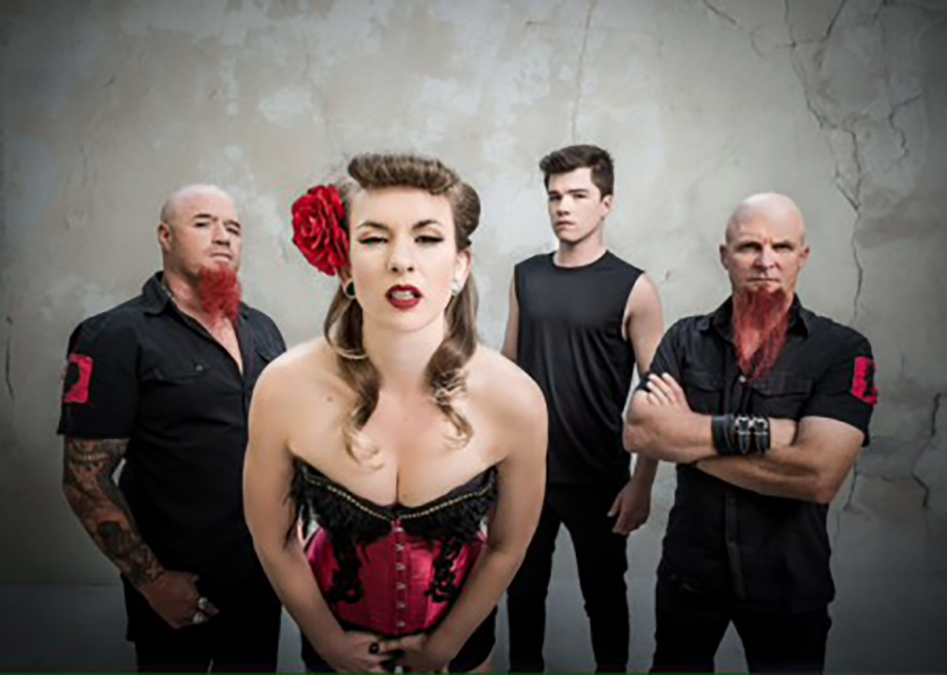 NZ rock band Devilskin’s much anticipated debut album We Rise released on July 11 and went straight to the top of the charts, as the #1 Album and #1 Kiwi Artist Album. The album remained in the top spots for 2 weeks running.

We Rise achieved Gold after only 2 weeks. Gold Certifications are awarded on the basis of wholesale sales to retailers – with the total album sales exceeding 7,500 albums.

To support the album release the band toured the country on a 20 date We Rise NZ Tour. The tour was hugely received by fans in all areas of the country, with the majority of the locations selling out.

Devilskin stomped onto the NZ rock scene with the infectious Little Pills and Never See The Light singles, and racking up over 570,000 YouTube hits.  Start A Revolution gained extensive radio play and the accompanying music video was released in May 2014.

DEVILSKIN are a four piece band from Hamilton New Zealand formed in June 2010. DEVILSKIN have quickly gained a reputation for delivering high-energy performances with blistering sets, which are sonically exciting and compelling, resulting in mesmerizing rock events.

The band members are; Jennie Skulander on Vocals, Nail on Lead Guitar, Paul Martin on Bass Guitar and Nic Martin on Drums.